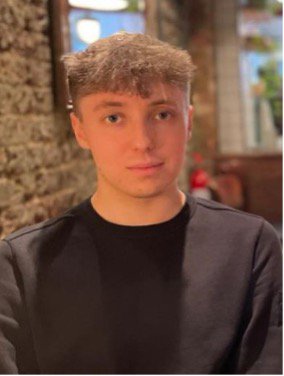 He recently completed his Digital Marketer Level 3 Apprenticeship and was awarded a Distinction for his final grade.

Josh has since secured a Band 4 role as a digital officer in the same department.

Doing an apprenticeship appealed to Josh from very early on in his education as he wanted to be able to work and learn without going head-first into an overload of new responsibilities when fresh out of college. He also found apprenticeships to be appealing as he felt there was a lot more variety in where they could take him and what he could study on that route, also at many different levels of education.

What does a typical day look like in your role?

Josh says that while it’s a bit cliché, his day is always different. Usually the day starts with monitoring the teams many inboxes and social media channels, as they have a duty to provide customer service to patients, as well as provide services for staff.

Since completing his apprenticeship, Josh has had more opportunities to work 1-2-1 with staff/departments on updating and upgrading the Trust’s website, from minor amends to major web projects. Alongside creating web content, Josh plays a major role in the team when they curate social media content, producing their weekly content pieces as well as extra videos and photos. Creating all of this content has to be done in a way which reflects the Trust’s values, brand and also core messaging, and attention to detail is very important.

Since joining the Trust, Josh also works frequently to produce data/statistics for his colleagues, which helps them to improve their strategies in the future, and make the CUH digital experience better for patients.

What do you enjoy about your role?

Josh enjoys the variety of work that he gets to take part in, and says that even if you they have filmed and edited a video 20 times, for each there’s a different message, subject matter and goal, and this definitely helps to keep things fresh. He has also enjoyed being given the opportunity to meet many new people across the Trust from all kinds of professions.

Josh’s colleagues in the comms department were extremely supportive of the extra needs of his apprenticeship also, allocating him time to study and complete his academic criteria. He says that this support has been present no matter what work he has been doing.

What sorts of things do you do for the 20% off the job learning aspect of your apprenticeship?

For the 20% off the job learning, Josh attended weekly classes at Cambridge Regional College where he would learn about the fundamentals of marketing, digital marketing and coding, each of these subjects having their own exams to complete.

Outside of this, he had an 18 month period to collate a portfolio of workplace projects which aligned the skills he uses at work with those on the apprenticeship criteria, with ample evidence to show the level at which he can use all of these skills. He produced six projects after completing his three exams, allowing him to progress to the final stage of the apprenticeship, known as the End Point Assessment (EPA).

This entailed Josh being given a brief by the exam board for a hypothetical marketing scenario, and he had a maximum of 40 hours to complete the tasks, to really show that he understood what he had been learning throughout his apprenticeship. Following his EPA, Josh had a 90 minute interview with the exam board to finalise all of his work before the grading process.

Does this involve attending college or is it all completed at work?

Until Josh had completed all three of his exams, he would go into college and study the academic side of the apprenticeship. Although, time was allocated every week for him to get his 20% off the job learning, when the College was not open (holiday periods), he had time to work from home and complete his portfolio. After completing all of his exams, each week Josh would have a day working on his portfolio, which was all completed at home, although the work that he wrote about and evidence in his portfolio was all completed at work, as these were regular tasks.

What are your future intentions?

Josh’s future intentions are to stay at CUH for a while within his current full-time role, from there he would like to remain in the area of public sector communications and will hopefully be moving to Cambridge soon.

What advice would you give to others who may be looking to take on an apprenticeship?

I would encourage everyone to go for an apprenticeship, especially if they are unsure about university. My biggest piece of advice would be to do as much research as possible into your apprenticeship opportunities. I was very fortunate to have found a place at CUH. There’s also no harm in trying a job role or joining an area which may be unfamiliar, as you may find your niche and learn more new skills.